I'm an NCTJ-qualified journalist working as a news reporter at the Daily Star Online. I have experience in both regional and national news. I completed a history degree at King's College London and went on to study journalism at News Associates, London. 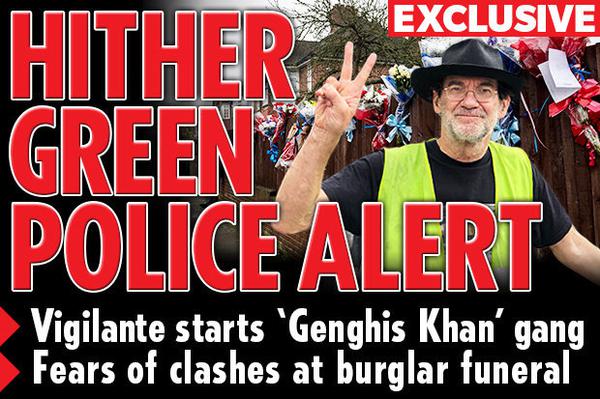 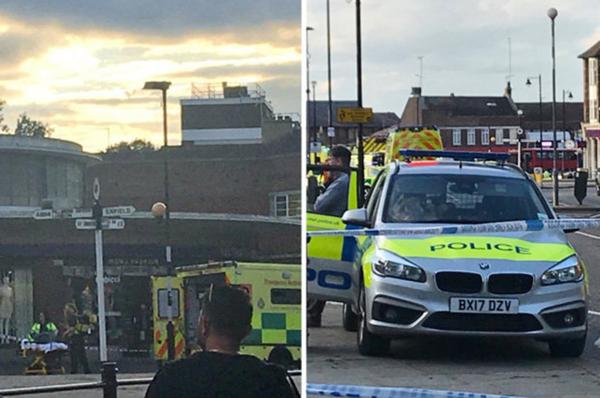 Five people have been injured after the blast at Southgate Tube Station. Emergency services were called to the scene after reports of a "suspicious package" – however British Transport Police confirmed the explosion is not terror-related. Police have sinced confirmed a "minor explosion" at the busy London Tube station around 7pm yesterday. The area was on lockdown, with people evacuated from nearby buildings, restaurants and a gym. Three people were treated at the scene according to BTP – and tw 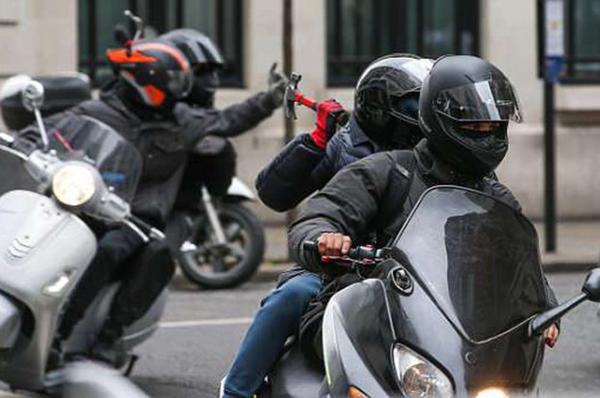 MOPED GANGS: London's crime epidemic has worsened as muggers employ new tactics Notorious for their quick snatch-and-grab tactics, thieves are now focusing their attention on defenceless parents. With stabbings and shootings almost daily, London's crime wave shows few signs of improving. Mum Noralyn Pitts, 42, recalled her ordeal when a gang attacked her as she dropped her kids off at school. Two lads smashed the window of her car with a rock after swooping in on a scooter. Fortunately Nora 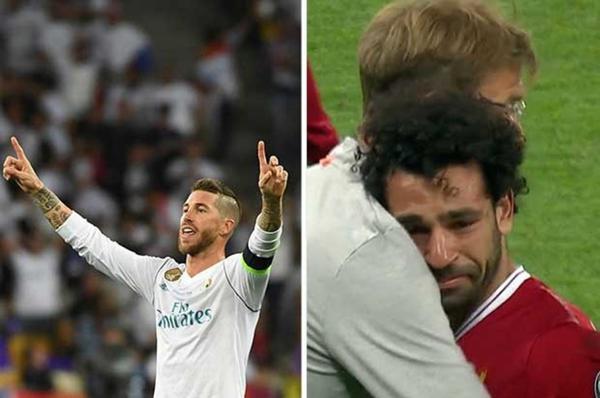 Attracting global attention from both Liverpool fans and neutral supporters – the petition has very much divided audiences. Regardless of its controversial nature — over half a million people have flocked to sign the petition – which calls for action to be taken against the Real Madrid defender. As of writing, more than 502,000 people have expressed their support for the claim Ramos should be "punished" for his tackle in the post's short lifetime. Egyptian "King" Mo Salah was forced to leave 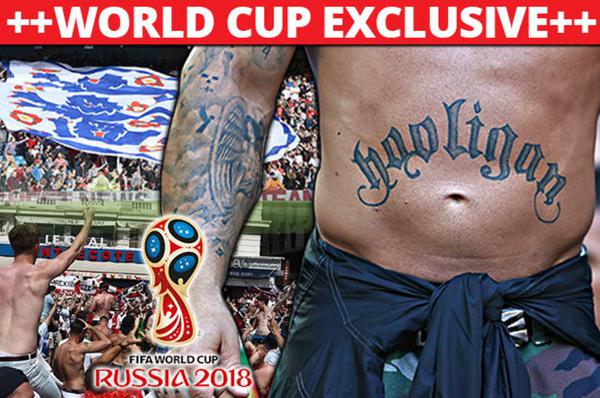 They have been hard at work planning the best way to cause chaos in Russia, Daily Star Online has discovered. We spoke to a 57-year-old Middlesbrough fan from the Smoggies Elite involved in organising the “Great Britain contingent” travelling to the World Cup. He explained the Russians had written them off after ambushing fans at Euro 2016, but claimed “they won’t know what’s hit them” this time. Choosing to remain anonymous, the 'Boro fan said: ”We’ve been keeping tabs on them for a while, a 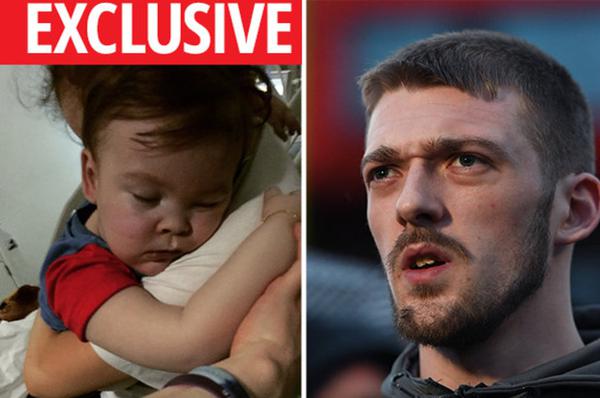 In a last-ditch plea to save his son, Alfie’s father Tom Evans told Daily Star Online the tot’s sheer fighting spirit means he deserves to live. He explained his son is now taking on water, food and his regular drugs again and is still breathing – to the surprise of medics. The undiagnosed poorly Liverpool lad has been at the centre of a nationwide battle to receive treatment abroad in Italy. Tom Evans said: “They said he wouldn’t last 5 minutes without a ventilator, the court agreed twice. 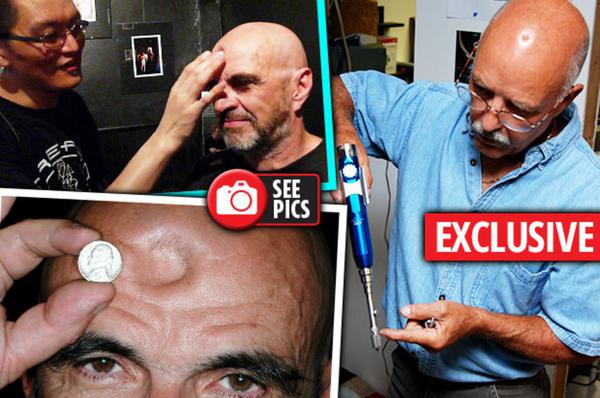 Trepanning, the act of drilling a hole into your skull and allowing it to heal over, is one trend starting to gain more traction on the underground body mod scene. Body mod expert and the man responsible for promoting the "Bagelhead" movement, Ryoichi Keroppy Maeda, gave Daily Star Online his take on the strange phenomenon. The process dates back more than 8,000 years, but could still be a bridge too far for extreme modding, he said. Keroppy said: "Trepanation is simply the first step. I thin 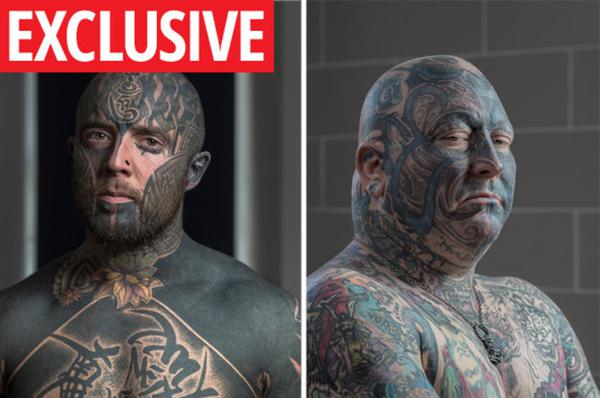 From those with discreet butterflies subtly tattooed onto their hips, to men and women covered from head to toe in masterpieces, Brick Lane in east London will be buzzing with activity. Daily Star Online spoke to Mark Leaver, the convention’s photographer, to get an idea of what to expect – from the beautiful to the mind-boggling. Ahead of the gathering, which takes place at The Old Truman Brewery, he told Daily Star Online: “Jay Read is the man for horror stories. “He has had his anus, penis an 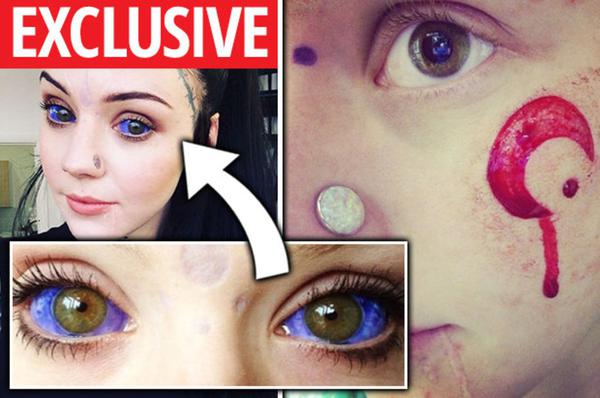 The girl who tattooed her EYEBALLS: Meet judge of UK's biggest ink convention

Known for her tattooed eyeballs and self-inflicted scars, Grace Neutral is no stranger to going under the needle or the knife.  The Dubai-born 29-year-old – who had her eyeballs coloured purple to complete her transformation – will be setting the bar extremely high as she judges this weekend's UK Tattoo Collective in London. Grace told Daily Star Online: “Getting your eyes inked is exactly the same as going to the gym or getting your hair dyed. “They’re all types of body modification – everythin 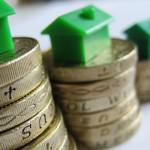 ‘A scar on London’s streets’: Croydon hard hit as homeless households in the capital soar by 92% in five years

Averaging 51 long-term rough sleepers on the streets every night, Croydon has a growing problem, which is even worse when ‘occasionally homeless’ Londoners are factored in. An official government report shows that 3,569 people in England regularly ending up without a roof over their heads, up from 825 on the previous year. A homelessness charity worker, who wanted to remain anonymous, discussed the government report with South West Londoner. They said: “The figures for Croydon are so much wor
Close ✕